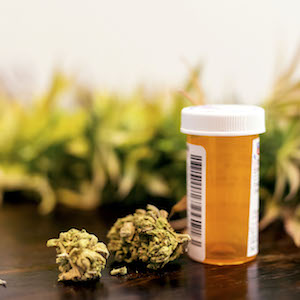 Time For Taiwan To End Prohibition, Reap The Rewards 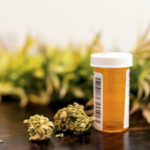 In May 2019, Taiwan legalised same-sex marriage. This move, coming after years of pressure by groups such as the Taiwan Alliance to Promote Civil Partnership Rights (TAPCPR) and tireless activists such as Chi Chia-wei (祁家威), was hailed as a landmark moment for the country, setting it apart in East Asia as the first nation to recognise and accord the right to matrimony for everyone, regardless of their sexual orientation. Numerous publications and commentators spoke of how this positively reflected the leadership of President Tsai and her Democratic Progressive Party.

Despite some opposition to this by American influenced evangelical groups, Taiwanese society has come to accept these changes, and a portended collapse in the institution of marriage, social values, or morality has not manifested. By and large it appears most Taiwanese have come to the conclusion that since they are not themselves gay or lesbian, the legislation does not affect them, and neither are rights zero-sum. Extending the right to marriage did not cause a parallel diminishment of their own right to marriage. Put more briefly, the reaction could be described as “meh”.

Such changes in a culture and legislation can happen incrementally over decades, rapidly over months with media support and attention, or build up quietly before bursting the dam in dramatic fashion. In Taiwan today there are two remaining taboo issues that cast a dark shadow over the nation’s image of itself; the death penalty and the war on drugs. Movement on abolishing the death penalty regresses as much as it progresses and has been stymied by the occasional horrific murder, the details of which the media salivate over with no regard to the feelings of the family of the victims. Organisations such as Taiwan Alliance to End the Death Penalty are pilloried as heartless naive idiots who don’t understand that if the death penalty were to be abolished, Taiwanese would immediately set about slaughtering each other with abandon to earn the privilege of free meals and accommodation at the tax payers’ pleasure.

The war on drugs, however, is not even debated. Instead we are treated to headlines such as “Prosecutors ask for life sentence for ‘cannabis emperor’”. Stories such as the young South African man who committed suicide in court as he was handed a four year sentence for growing cannabis at home barely get coverage. It is commonly held that all illegal drugs are bad, and those who take them are either criminals or victims.

Legal drugs such as alcohol and tobacco are fine, and we accept the contingent social costs such as deaths from drunk driving and the costs of treatment for lung and oral cancer as a regrettable but inevitable product of an individual’s right to consume these drugs at their own discretion and judgement. We balance this out with legislation to heavily penalise drunk drivers and the ban on smoking indoors. The law tells Taiwanese they are free to imbibe these drugs as much as they want but there is a high cost when that causes any wider social harm.

Taiwan has a long and dark history of tackling problems with drug use. The British Opium Wars had a heavy social and health toll not only in China but also in Taiwan, which for arguably over a hundred years has been a major transhipment point for cartels and organised crime. Legislation to ban this trade and the domestic consumption of illegal drugs has been in place for decades and yet despite continual expensive operations by the police, prosecutors, and special investigators to stamp this out every few months we see news of the latest drugs bust hailing the largest ever seizure of contraband.

The conclusion is simple: the war on drugs has failed and will continue to fail. When the opium supply is cut off, heroin fills the gap. As heroin falls out of fashion, favour, or commercial viability, ecstasy, ketamine and meth steps in. When the risks of trading and taking those drugs rises, they are substituted for spice and cannabis.

Despite social taboos, warnings from the media, and education campaigns from the Government demand continues to outstrip supply, keeping prices high, thereby incentivising operators to meet that demand despite the risks of getting caught. Sadly, occasionally some users end up in hospital or die and nothing changes. Intoning ‘something has to be done about this’ is accepted in lieu of facing the harder truth that everything that has been done about this has had as much effect as sweeping the beach to keep the tide away.

But across the world, the dam has burst on the realisation that the war on drugs is not a moral battle but now a self-serving security and penal industry in its own right, at an unsustainable cost in terms of public health and financial burden on tax payers. The last decade has seen a dramatic shift on the issue of cannabis for example.

Policies in most countries are regulated by three United Nations treaties: the 1961 Single Convention on Narcotic Drugs, the 1971 Convention on Psychotropic Substances, and the 1988 Convention Against Illicit Traffic in Narcotic Drugs and Psychotropic Substances. Cannabis is classified as a Schedule I drug under the 1971 treaty, meaning signatories can allow medical use but that it is considered to be an addictive drug with a serious risk of abuse.

The obvious goal of these policies, as can be seen from the lists above, is to find a way for wealthy pharmaceutical corporations to build profitable manufacture and distribution models for the sale of cannabis, whilst eliminating competition from ‘home growers’ and independent retailers. Illegal cartels are to be replaced by ‘legal’ ones. It is recognised that no policy can stop the demand for cannabis so the response of capitalism is of course to monopolise the corporate production and sale of it. As they profit, the victims of the war on drugs, like Yeh Hsiang-hung (葉翔浤) will rot in jail essentially for the crime of entrepreneurialism and building a successful business model independent of corporate control, and Government taxation.

The DPP has the word ‘progressive’ in its party name but on this issue it is as ignorant and reactionary as the KMT. Perhaps the case for the legalisation of cannabis, and decriminalisation of other illegal drugs (treatment over penalisation like the proven successful Portuguese model), can be put in terms they will better understand. For a country whose economy now has a significant tourism sector, the Covid-19 pandemic has been devastating. Even a relatively short lockdown has left many businesses close to bankruptcy or forced them to permanently close.

Were the DPP Government to legalise cannabis tomorrow and require similar business registration, tax, quality control, and oversight as liquor and tobacco stores, and similar penalties for social harm caused as a result of intoxication (e.g driving accidents etc), once the borders are open again every single hotel and B&B would be booked solid months in advance. Small villages and towns with struggling economies would see an almost instant boom in visitors, and tax revenues for both local and national governments would swell. The arts and creative industries would revive rather than slowly stagnate as atrophied commercialised simulacra of organic expression that many current are.

Police, prosecutors, courts, and prisons would save billions of Taiwan dollars a year in costs, allowing these resources to be directed to other serious (white collar?) crimes. Taiwan would genuinely stand out across the region for being a progressive haven and news of this would travel very fast. Reactionary outrage would be simply neutralised by the fact that so many Taiwanese businesses would benefit. What would be presented as an election losing move would turn into a strategy to win: will you let the KMT take all this business and income away from you now?

It is time for Tsai and the DPP, if they are not Progressive In Name Only (PINO), to put Taiwan on the world map again, leading the way rather than seeking approval by ‘playing by the rules’ set to benefit corporations at the expense of their own citizens. It is time to legalise cannabis, regulate it, tax it, release all the incarcerated non-violent drug offenders, and let the Taiwanese spirit of business and entrepreneurialism breathe new life into the economy.