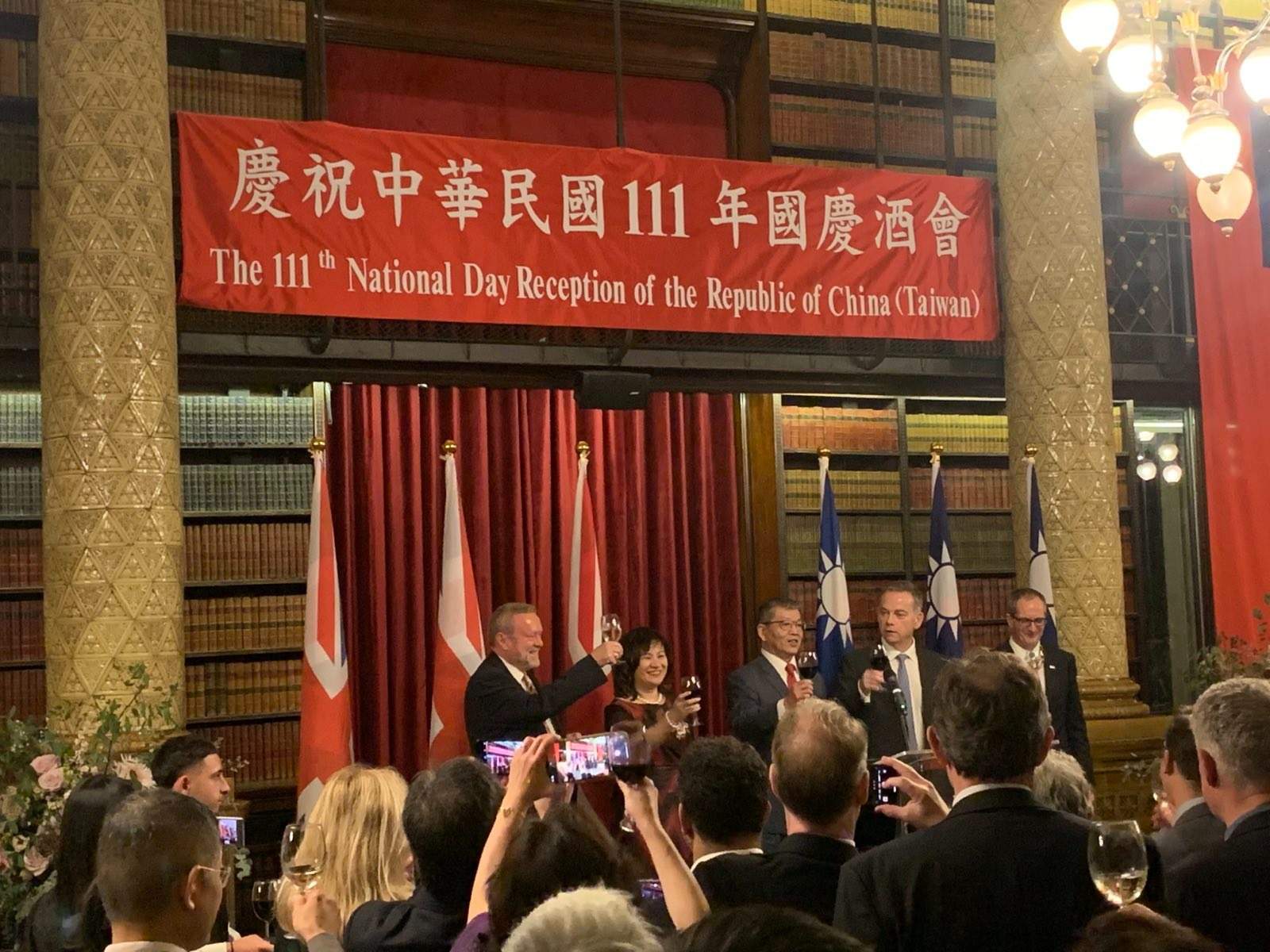 The Taiwan Policy Centre was delighted to be able to attend the 111th Taiwan National Day celebrations in the Gladstone Library of the National Liberal Club in Westminster. It was a packed event as members of the Taiwan diaspora in the UK came together with friends of Taiwan from all areas of UK life to celebrate Taiwan’s upcoming National Day on 10th October, and enjoy various Taiwanese foods, bubble tea, and culture.

Ambassador Kelly Hsieh spoke about Taiwan’s connections with the UK, the challenges that Taiwan has faced over the past twelve months, and reflected many of the points made in our recent report, Ukraine Today, Taiwan Tomorrow?, in his comments on how the conflict in Ukraine has changed the circumstances Taiwan finds itself in.

The keynote address was given by Lord James Bethell, a close friend of Taiwan and of the Taiwan Policy Centre, as well as a recent UK Government Minister.

He emphasised that Taiwan is not just some far-flung country that doesn’t matter to the UK. The future of Taiwan matters to the whole world, including the UK – economically, culturally, and in promoting our shared values of democracy, freedom, and self-determination. He echoed the point that we have made repeatedly that the UK’s policy towards Taiwan has not caught up with the present-day reality.

Most importantly he highlighted some key areas where things can and should change. The recently announced update to the UK’s Integrated Review offers an opportunity for the UK to offer some much-needed strategic clarity on Taiwan. He noted it was time for the UK to recognise Taiwan’s right to democracy and self-determination and stressed that the UK’s Taiwan policy must be determined by our own interests and values, not anticipated fear of how the People’s Republic of China might react. Needless to say, the speech was warmly received by those present. 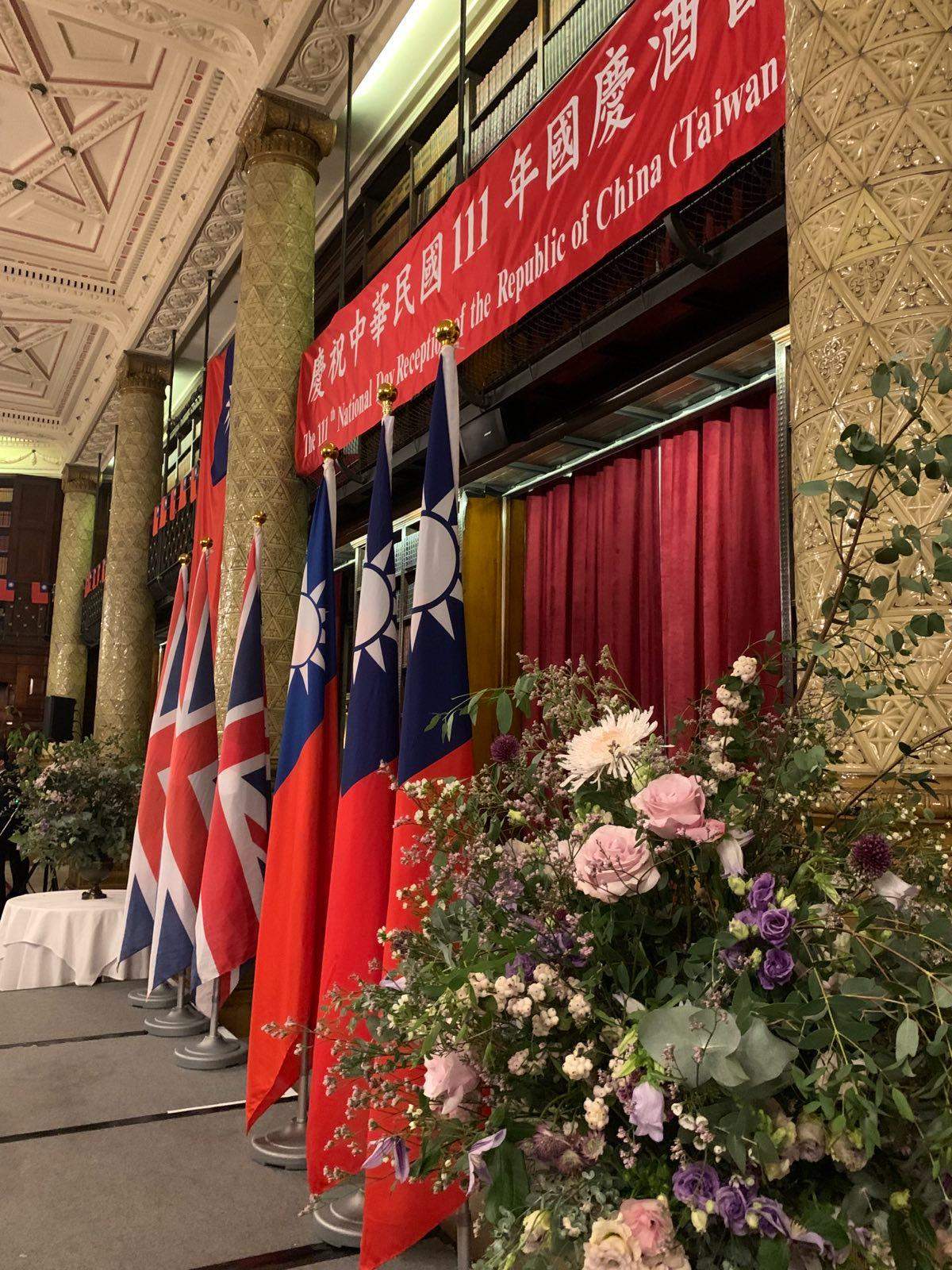 The second speaker was Lord Collins of Highbury, a Labour Party shadow Minister who was at pains to stress that Labour is and will remain steadfast in its support of Taiwan, and he passed on apologies for her absence from Catherine West MP, Labour’s shadow Minister for Asia, who had explicitly asked him to stress this point.

The final speaker was Rt. Hon Nigel Adams MP, who was, until recently, the Minister for Asia at the Foreign Office under the government of Boris Johnson MP. Nigel gave some light-hearted comments noting that he was glad to be able to attend this year having been told by FCDO officials he had to turn down his invitation last year. He joked that he didn’t know the Taiwanese Ambassador as well as the PRC Ambassador, who he had had to summon to the Foreign Office so regularly that he practically had his own car parking space.

He made the very interesting point that the UK could and should have learned quicker from Taiwan at the start of the COVID-19 pandemic, a point that Lord Bethell, as a former Health Minister, has stressed before too. Nigel concluded by saying that he was keen to visit Taiwan now that he was able too.

The warmth and passion with which all the speakers at the event spoke about Taiwan set the tone for a very friendly and positive event. There is no doubt that the will is there for much closer and stronger UK-Taiwanese relations. And, despite all the challenges, as the saying goes, where there’s a will, there’s a way.