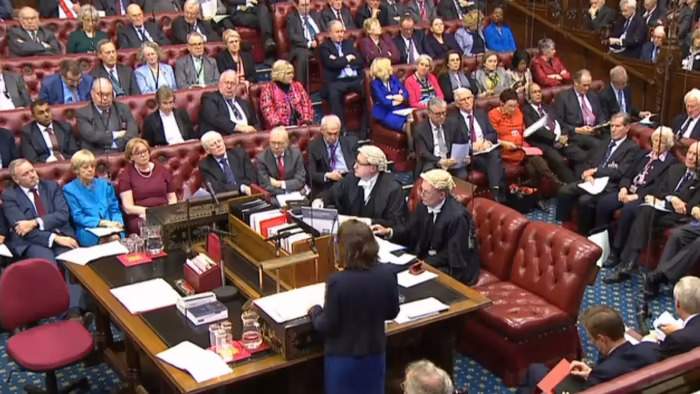 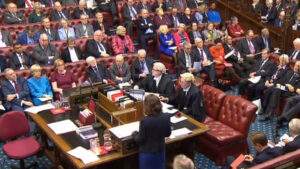 On Thursday 14th July, Lord West of Spithead (Labour), the former First Sea Lord and Chief of the Naval Staff, tabled a question for short debate in the House of Lords on topic of China.

The question tabled was ‘To ask Her Majesty’s Government what steps they will take to respond to the long-term security challenges posed by China.’

In his speech, Lord West highlights a wide range of security threats China posed to the UK. His only reference to Taiwan was to note his view that “the current war in Europe [does not] mean that the Chinese will invade Taiwan barring some very dramatic change.” It is a view that echoes the assessment made by the Taiwan Policy Centre on exactly this topic in our recent report, Ukraine Today, Taiwan Tomorrow?.

Lord Alton of Liverpool (Crossbench) noted in his contribution that “if we look through the lens of Tibet, Taiwan, Hong Kong, Wuhan or Xinjiang or through the lens of Xi Jinping’s support for Putin in Ukraine, we see that the security threat posed by the CCP is both stark and self-evident.” As with so many of Lord Alton’s informed and perceptive contributions to the debate on issues around China, particularly on the genocide of Uyghur Muslims and the annexation of Hong Kong, he is absolutely right.

Lord Anderson of Swansea (Lab) expressed his hope that CCP Chairman Xi Jinping will “see the robust response in terms of sanctions and feed that into his own calculations on Taiwan”, another point we made in our recent report and with which we heartily concur.

Viscount Waverley (Crossbench) made the most detailed contribution about Taiwan saying:

Our view is that this is a pessimistic assessment of the current situation but certainly not beyond the realms of possibility. Lord Desai (Non-Affiliated) made the point that the Chinese people do think differently because they are essentially brainwashed from birth by the CCP regime. He says:

It is a good point and a significant challenge for the west to overcome. Many Chinese students come to study in the UK and the West. But they are closely monitored by their regime and any that step out of line know that there will be consequences for themselves and their families back home. This is something the UK Government and others need to address. It is wrong that a whole demographic of people visiting this country are no able to enjoy the same freedoms and rights as the rest of us because of the policies of a totalitarian regime elsewhere. Lord Rogan (UUP), who also co-Chairs the British-Taiwanese APPG, spoke glowingly of Taiwan but described it as feeling like a country “under constant siege because of the aggressive words and actions of China.” He went on to say:

He is absolutely right, although for most regulat people living in Taiwan, life is much like that in any free and democratic nation state, and we don’t recognise the suggestion of a life under siege as a reality for the vast majority of Taiwan’s 23 millon people. Lord Rogan went on to talk about Taiwan’s diplomatic relations with the UK saying:

On this matter, Lord Rogan is absolutely right and this is a topic will be addressing in more detail in our upcoming report on UK-Taiwanese Diplomatic Relations. Lord Collins of Highbury (Lab) expressed his view that “it is now clear that President Xi is intent on controlling Taiwan in some form, even if he is reluctant to go to war like Putin has in Ukraine.” This is something that has never really been in doubt under Xi’s regime. Lord Sharpe of Epsom (Con) concluded the debate by speaking on behalf of the UK Government. His comments on Taiwan did not drift far from the standard Government position which is rolled out every time a question about Taiwan is raised. He said:

It remains consistently disappointing that the UK Government sticks to these anodyne and carefully crafted lines, designed to appease the CCP while simultaneously allowing the Government to claim they continue to stand up for the values of freedom and democracy in Taiwan. The Taiwan Policy Centre will continue to push the Government to take a more principled, concerted, and realistic stance on Taiwan in the months and years ahead.

You can read the full debate transcript on this debate here.